Whether the West is being Islamized or not was debated on CEDARS’s first annual conference about relating matters for the Danish Muslim community. In close cooperation with Verdenskulturcentret, EMISCO, Sameksistens, ENAR, SOS mod Racisme and Gorilla Media all of whom was an important part in making this event a reality. The publish company Vindelsti also visited the conference with a bookstand selling various titles, among them the book: The Myth about the muslim invasion by Dough Sanders. We managed to facilitate an insightful evening with suggestions on how to handle the increasing islamophobia and hate crime toward Muslim citizens.

To begin with we would like to thank our marvelous guests from abroad for their time and efforts. Veysel Filiz is a former diplomat, currently the spokesperson of EMISCO, coming all the way from Brussels, to enlighten us on the perspective on Islamophobia in Europe. The French human right activist Yasser Louati, shared his perspective on islamophobia in France. And Aarhus professor MSO in Religious Studies Lene Kühle, described the development in the Danish context.

CEDAR has recently published its first annual report on Islamophobia covering four areas. The main points from the report has been summarized in a video by Radio WAIH hosting Tarek Ghanoum. It was presented to the audience in the very beginning of the evening and has also been shared on social media with over 30 000 views. https://da-dk.facebook.com/radiowaih/videos/1599499873417597/?fref=mentions

The report shows 120 restrictive bills or suggestions being raised against Muslims in Parliament or locally during 2016. Of those adopted most concerned food and clothing. On hate crime we learn that from 2015-2016 hate crimes directed toward Muslims are increasing with around 70% of religious hate crime being directed towards Muslims. The media use non-Muslims as the source in 80% of articles about Islam and Muslims and Muslims are often described as a homogeneous group. Finally, Denmark have received the smallest number of refugees in 2015-2016 compared to its Scandinavian neighbors and despite this the country have been the worst to integrate the refugees.

The full report can be obtained upon request from mujahed@cedar.nu and an executive summary can be found on our webpage www.cedar.nu.

Yasser Louati began the conference by asking whether “Islam is being Westernized?” instead of the opposite way around. He also pointed out that we might have defeated the Nazis with arms in 1945, but not defeated their ideas. We are not experiencing a clash of civilizations but a clash of ideas.

That French values of Freedom, Equality and Brotherhood tends to be exclusive to non-Muslims. This he said is evident from the strong reactions Muslims get when they demonstrate in France and exercise their rights in various ways. The white savior syndrome in which the white man saves the brown girl is still being promoted in France. Historically by parades where French politicians made Algerian girls march in the streets while removing their scarfs as a political statement. Today by Burkini bans on beaches.

Yasser appealed to the Muslims not to outsource their own history and to read how throughout history it has been proved endless times that words leads to war.

Lene Kühle is professor at Aarhus University and studies religious diversity. Through her research she has discovered that Muslim feel misinterpreted and that the public debate is going in the wrong way, confirming the findings of the CEDAR report. To address the issues that do exist, she stressed that more research is needed to uncover the trends and find new strategies to tackle the negative trends and mentioned CEDARs annual islamophobia report as a good step in the right direction.

The theory about an ongoing Islamization of the West that is a common topic among right-wing parties and Islamophobic forces. Even though more Muslims live here and Mosques are being built in great numbers it must be considered a conspiracy theory. And by nature, conspiracy theories are hard to reject and a part of this theory is that rejection from the group itself or its supporters just strengthens the conspiracy theorists in their beliefs. Lene also had suggestions on reading and recommended the book: Terrified: How Anti-Muslim Fringe Organizations Became Mainstream by Christopher Bail

The professor was more optimistic than the other speakers; mentioning several areas in which things are better now than a decade ago, amongst other things, referring to graveyards and purpose-built mosques being built in many parts of Denmark today.

Veysel Filiz briefly talked about the European Muslim Initiative for Social Cohesion. The purpose of its formation in Hague 2010 were to counter the growing Islamophobia in Europe. He then described how neo-Nazi groups have been growing all over Europe often organized by highly educated people and their networks. The strategy of these groups is to create a state of paranoia, institutionalizing it resulting in restrictive laws that hits the Muslim minority in the end of the process.

The problems of Islamophobia he says stems from the fact that Muslims have become more visible in their respective societies in Europe. But the possibilities that Europe has to evolve an inclusive Europe 2.0 could be an example to the rest of the world.

During the debate that followed two questions covered some crucial points which the speakers briefly answered.

Where does Islamophobia come from?

Both Veysel Filiz and Yasser Louati talked about how European identity and periods of history is still used to justify an us-and-them mentality dating back to the Crusades and colonization. Reviving this mentality, has made it permissible to enact a “Go or be invisible” approach towards Muslims in parts of Europe.

Yasser Louati said that Islamophobia is imposed top down, from elite to the masses, but why do the masses accept it? In reality, the problem is certainly more complex and the increasing hostility towards Muslims is without doubt also stemming from the masses.

Lene Kühle said we lacked enough research of the subject to say for sure what the mechanisms behind the increasing Islamophobia are. But that it without doubt must be several factors playing a part and that it is not an either top-down or bottom-up issue but a mix of both.

Yasser Louati added that the power of ideas is being underestimated today which have lead to racist ideas slowly becoming recognized as valid. At least in France this phenomenon has its roots in colonization where the narrative “white control the colored” keeps feeding a mechanism that can go on forever.

How to move on in the right direction?

Danish politicians are not eager to set and agenda, therefore it is necessary for civil societies to be proactive and set the agenda to counter further Islamophobia.

This can be done most efficiently by maintaining a dialogue based on common values and building common ground in local communities is essential.

Yasser Loauti said that by studying anti-Semitism a lot can be learned from the past because you can’t heal without understanding the disease.

He added that we must insist on never feeling safe from hate and that it is a civil duty to speak up and engage with policy makers. We should organize collectively and create more alliances. He ended by saying that we should fear only fear itself and take back our narrative and tell our own story.

The evening ended with a sneak peak of our upcoming “Go-out-and-Vote” campaign #Turn of the Hate – Use your Vote. The Campaign launches in the beginning of October and continues until the local elections in the end of November. 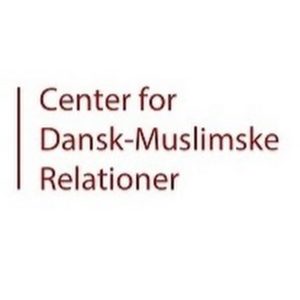